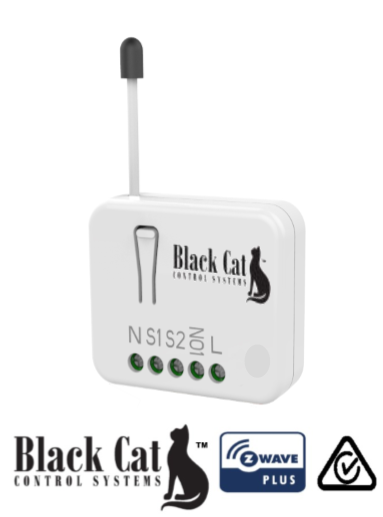 Dimming is supported utilising Zero Crossing Technology which eliminates a flash or blink when switched On.

This dimmer is a transceiver which is a security enabled device which based on Z-Wave Plus technology, and it is fully compatible with any Z-Wave enabled
network.

The PAD07 supports the Security Command Class, it can learn with a Secured enabled controller to fully utilize the device. Its functionality and supported command classes is identical when included as a secure and non-secure device.

Warning: Do not use Non-Dimmable LED's with this Dimmer.

TEM SM Dimmer Series is perfectly suited for all dimmer Applications, with it's bespoke Push Button ..

TEM SM Dimmer Series is perfectly suited for all dimmer Applications, with it's bespoke Push Button ..

The IA50 RC Bypass Module is used to eliminate flickering and disturbances in the operation of LED a..